Hays County Veterans Office Steps Up to Help Out

As weather warnings and situation reports started flowing on February 11, the Hays County Veteran Services Office got working. They knew things were doing to get bad. Just how bad, no one predicted.

“Wesley, who runs our Hope4Hays County Veterans Program, was at the forefront of finding temporary housing before and during the winter storm,” Prather said. “Hays County Judge Ruben Becerra teamed up with us to search homeless camps around the area to look for people to temporarily shelter at Southside.”

They were able to put about 20 homeless veterans and families into hotels before the onslaught of bad weather.

With power outages still happening and many around Hays County still without water, Prather met up with San Marcos VFW Commander Stephanie Brown and her husband, Aaron, both Iraqi war veterans, to distribute drinking water and MREs (ready to eat meals). They established a warming center at the VFW, which became the unofficial water distribution spot for the greater San Marcos area.

State Representative Erin Zwiener, District 45, was among those helping at the VFW. She also used her personal truck to take hundreds of gallons of water around the county.

Prather said the collaboration and quick action by so many made all the difference during the emergency and immediate aftermath.

“Partnerships between organizations and individuals with common goals can achieve so much more than any one group or person alone,” he said.

He added that many Hays County veterans showed once again that their call to serve never ends. 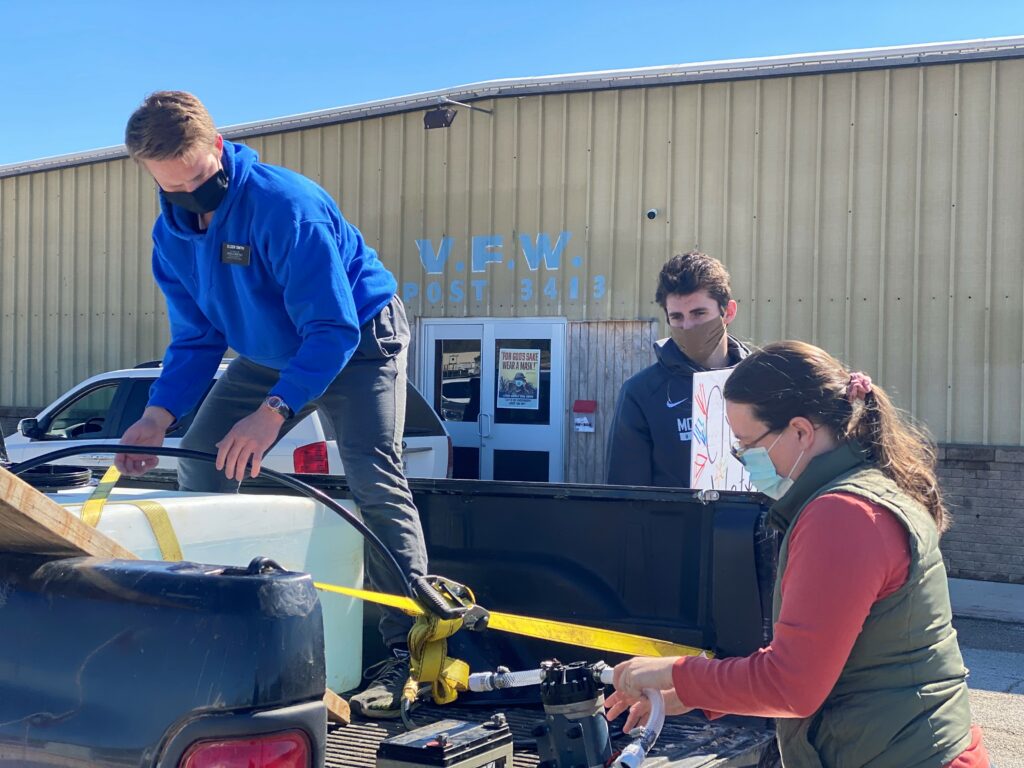 Texas Rep. Erin Zwiener helps fill water containers at the San Marcos VFW during the aftermath of the winter storm when water systems around the region had to shut down.

The sign in front of the San Marcos VFW announces water fill up and warmth. Thousands were without power, some for days, during the extreme winter storm. 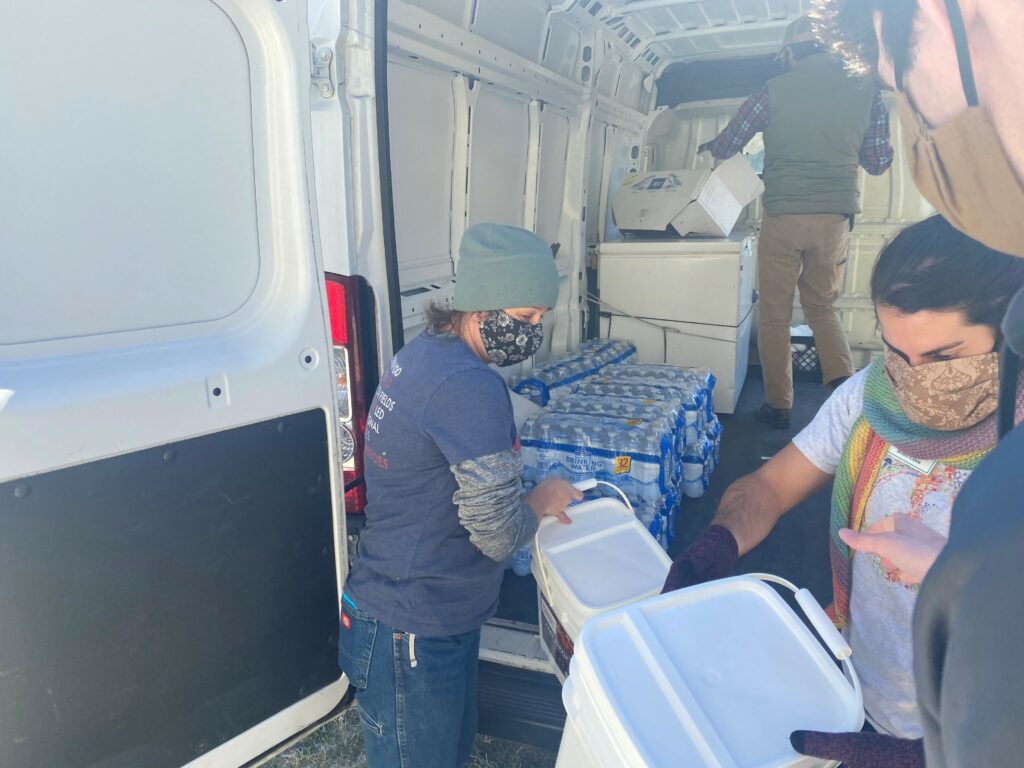 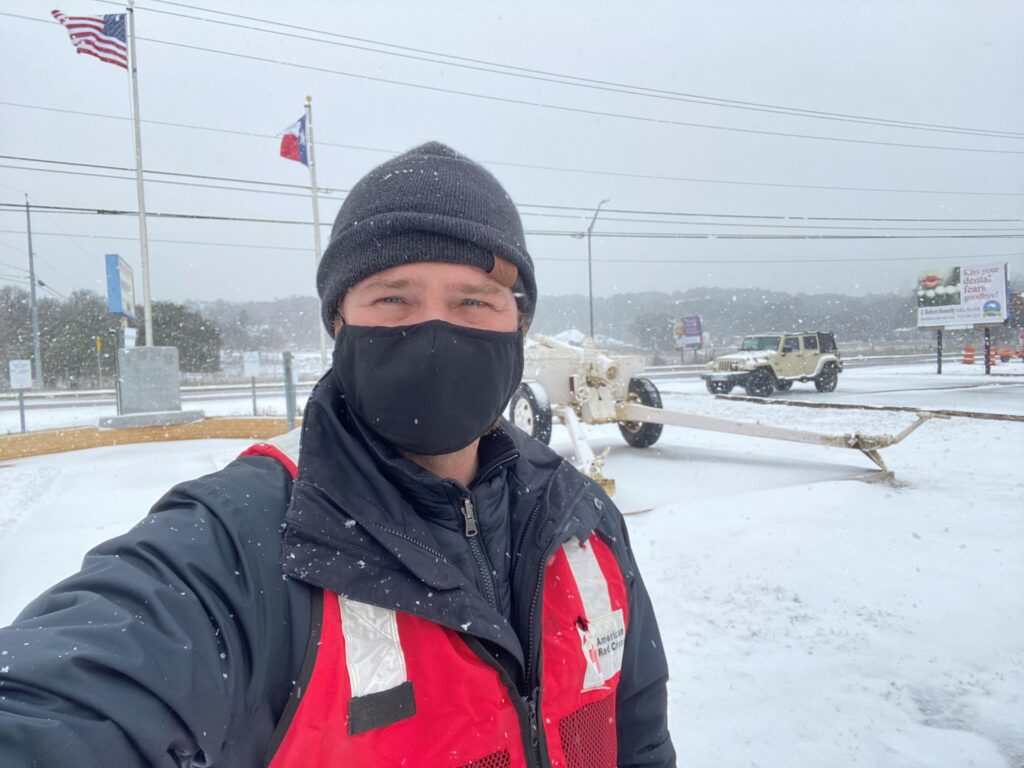 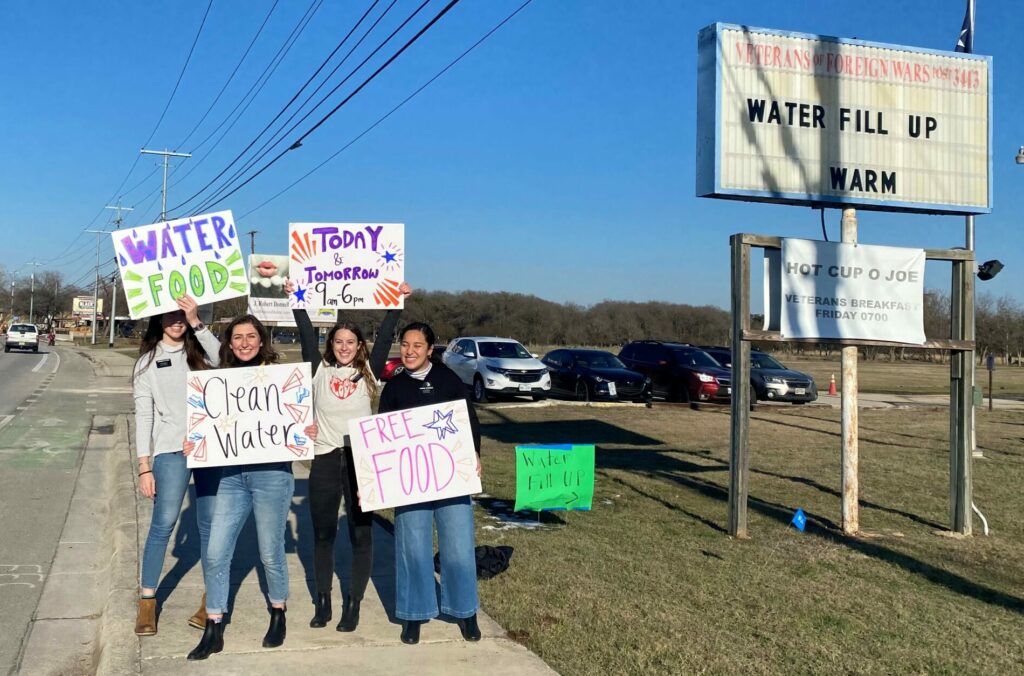 A group of women hold signs showing people could get food and clean water at the San Marcos VFW in the aftermath of the extreme winter storm that hit Texas.